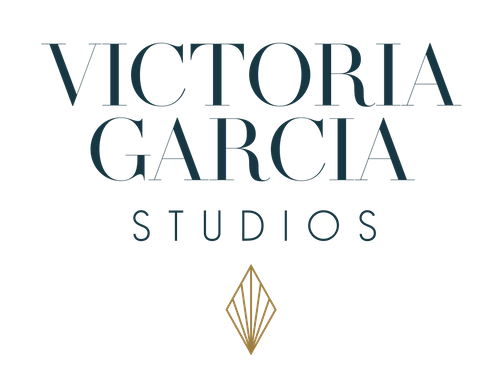 The Big C. Thriving Through Cancer.

"What is wrong with me?"

I learned I had cancer on a phone call with my urogynecologist just after Christmas 2021. I wish I could say I was shocked, but after having experienced some of the worst health issues of my life for the past 6 months I wasn't even the slightest bit surprised.

Truth be told, I was actually relieved. I felt like I finally had an answer to the question I had been asking myself and my doctors for months.

"What is wrong with me?"

And now that I had the answer, I naively thought things would improve, that I would get treatment quickly and all the pain and discomfort I felt for so long would be addressed. But it didn't quite happen that way. In fact, I would go on to get a hell of a lot worse before I got better.

The day I got diagnosed I also got really really sick. I suspect, though I never confirmed, that I had gotten covid from the holiday festivities so I decided to isolate for the next week and just let it pass, hoping I wouldn't have to go to the ER.

Thankfully, it was mild and brief, but because I had just received this life-changing news it turned out to be the line that I crossed, going from chronically ill to almost completely disabled. I couldn't drive, I could barely walk, and I wasn't able to eat anything more than a bite or two each meal.

See, my specific type of cancer happens to be the second leading cancer in the world. Colorectal Cancer. And that explained so much, from my constant pelvic pain to my near 40 lb weight loss and everything in between, this tumor living in my colon was the reason for all of it.

To say I was scared would be lying, I am an eternal optimist and I don't think the fear really entered my purview until much later. But I was teetering on depression. My life as I had known it seemed over. Not only was I having to be caretaken by family and friends, but I couldn't work and I was worried about what this new journey would mean for my family and my career.

See, the thing about cancer is that it doesn't just take your life as in "you die." First, it steals away everything you know your life to be. It steals your identity.

Slowly, I watched my body change into something unrecognizable, I saw the look in my parents as eyes and they dealt with the prospect of my death, I held my son as he cried for me, and I sat, unable to move as my friends and family came together to move my home closer to the hospital. So many things you just can't imagine, changing the landscape of the beautiful life I was living.

And the one question that never left my heart was "now what?"

Going from surviving to thriving

Over the next couple of months, I would experience every emotion under the sun. Anger, fear, sadness, gratitude, and so much more. But I still had no idea what my future would be.

Being diagnosed with cancer is one thing, but after the initial testing phase, I learned I had inoperable stage iv cancer. I have tumors in my colon, my liver, and my lungs. So basically, according to my oncologist, there's not a real likelihood of being cured.

The thing is... I don't really believe that. I have seen amazing stories of survival and of being cured at this stage, and though the statistics are terrifying, I'd like to think I'm one of the small percentages of people who will beat this. I believe this so deeply in my soul that every decision I make is with that in mind.

Now, I'm not naive. I know there's a chance that this will take my life eventually. So of course I'm doing all the things they tell you to do, like writing letters to loved ones, and preparing end-of-life instructions for my assets and such...but I don't lean on those things. I do them as insurance, and of course, because I will die someday, it can't hurt to be prepared.

But I refuse to live my life in fear of that day.

They say to live like you are dying, and that has become such a big narrative in my life but unless you're faced with death in this way you can never really know what that means.

On one hand, the philosophy to live as if you're dying is to make the most of life, to have gratitude, and to experience every moment with the awe of the magic of your existence. But on the other hand... I have seen people who are living like they're dying, for real. And it's not filled with wonder and gratitude. It's a life dominated by fear, anxiety, and depression.

And that's not a life I want to live. As someone who has battled anxiety and depression for the better part of my life, I know that it's no way to exist.

So while this journey is just beginning for me, it's not the death sentence people imagine it to be. I look at it more like a long life with chronic illness, rather than a short life with a terminal one.

I'll need to be in treatment, probably for the rest of my life, and that means that the way I do things has changed. But, I'm nothing if not gritty and that is one aspect of my personality I am using to make the most of whatever time I have left.

I will continue my career as a photographer, working around my new abilities. I will pour myself into the parts of my business that serve me the most and continue to do the work that fulfills me, like teaching and mentoring other photographers. I will continue to be an advocate for women in business, and now I will add to that an advocacy for small businesses run by those living with disabilities and chronic illnesses.

Showing up and reminding my community that I am still here, and advocating for those with similar challenges is becoming more and more important every day because I have seen firsthand how we dismiss and disregard those with diagnoses like mine.

Our society is not set up very well for the chronically ill and disabled. That needs to change.

And I believe wholeheartedly that it begins with the knowledge that we are full, thriving, human beings. Our identities are not defined by our disabilities or our diagnosis.

I am not my cancer.

I am a photographer of small business owners who want to pursue their passions and create a career they are proud of.

I am an educator of photographers who want to make a living doing what they love.

I am a mother of two amazing kids who I want to raise with compassion and kindness.

I am a loving partner who is worthy of true love and a fully conscious relationship.

I am a daughter. A friend. A writer. A mentor. And so so much more.

A call to action

So if you're reading this, Victoria Garcia Studios is open for business. I would be honored to serve you.

Why I became a photographer